Would you like to run android apps on your PC or Mac? Have you ever heard about Bluestacks before? I didn’t. Well, apparently Bluestacks is the company who in the market of making Android application available to run in other platform. They launched a beta version of their App player software for Windows back in March and this software allowed PC users to access Android app on Windows without any modification.

Now, anyone wanting to run Android application on their Mac can do so by installing Bluestacks, often referred as “Parallels for Android”. Right now it supports 17 applications to run on Mac OS X and this brings some of Google’s finer games to Apple’s closed ecosystem.

According to the company, two of these apps, including Pulse and Words With Friends come packaged with Bluestacks, and high-resolution support for Retina Macs and additional apps are also coming soon and they plan to add up to over 400,000 Android apps in the near future.

As an added note, Bluestacks was named the CES Innovation winner for 2012. It is the only program worldwide that can run native mobile application that are ARM or x86 based in windowed or fullscreen mode on Windows and Mac.

Watch these videos to get started. 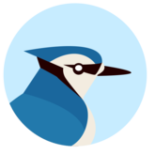 Wifox, a map of WiFi hotspot passwords around the world for travelers